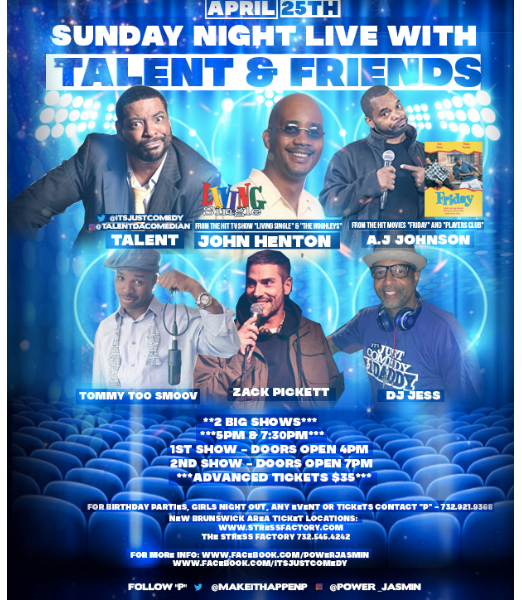 After headlining his own comedy shows/tours, making special appearances on BET’s Comic View, HBO’s Snaps & Def Comedy Jam, and landing a coveted spot on New York’s 98.7 KISS FM’s Morning Show, TALENT has most definitely lived up to his name.

His exceptional blend of off-the-cuff humor and timely delivery have catapulted him to the top of an impressive list of “must know” comedians. Deemed the official “King of New York Comedy,” TALENT continues to headline at the prestigious Caroline’s on Broadway, Showtime at the Apollo and BET’s Comic View, on an ongoing basis. The unorthodox comedian most known for reminding fans that…”it’s just comedy!” continues to bring audiences to their knees with his hilarious improv and his inimitable knack for storytelling.